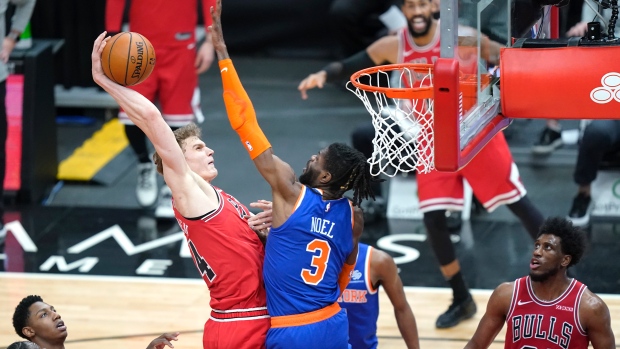 The Daily Plug is our daily NBA DFS lineups advice write-up that highlights the top overall plays for the slate. The Plug then provides actionable information for the main slate by making specific recommendations on how much of your bankroll to allocate and exactly which types of contests to play -- all depending on the type of player you are. Consider the Plug an in-depth roadmap for the main slate. Let’s get to it! - @gstroms99 and @tboyle24_DFS

Note that the Plug is only written for slates with 6+ games and is posted at least 2 hours before lock on game days. Want analysis for every player in tonight's games for your NBA DFS lineups? Check out the Occupy Model.

We know value is important in NBA DFS, so we have three columns in our Occupy Model -- DK Value, FD Value, and Y! Value -- to show how much value that player is on each site, as well as a dedicated injury report page. More nuanced advice for your NBA DFS lineups -- check it out:

Join our Discord channel to chat with staff and other members about your NBA DFS lineups.

*Any questions about injury related news or other NBA DFS lineups advice can be directed towards @gstroms99 and @tboyle24_DFS on Twitter or in our Discord.

Damian Lillard did not play his best game last night, but he did finish on a high note by hitting the game winning three pointer. Tonight’s game against Sacramento is a great matchup for Lillard and one he has already taken advantage of twice this season, averaging 52.4 DK points/game in two games against the King, who rank as a bottom five point guard defense and allow the 6th most DK/FD points per game to the position. With this being the final game before the All-Star Break, Lillard should not be restricted even on the second leg of a back to back. He is our top elite point guard option tonight with a huge ceiling.

Kemba Walker was struggling a ton this season with his shot, but he finally has taken a turn recently, averaging 45% from the field in his last three games compared to his 41% season average. He has produced 40+ DK points in each of his last three games, and along with his shooting has come the distribution as well. Tonight’s matchup against Toronto would usually be a tougher one, but with most of the Raptors squad heavily depleted, Kemba will have a much easier time getting his production tonight. This is still an interconference matchup between two rivals, so we expect a hard fought battle that will force the Celtics to play hard even with the Raptors being so short handed. Kemba is looking like a strong play all around tonight.

Theo Maledon has struggled a lot lately, but tonight might just be the night for him to get going again. The Thunder will be without Hamidou Diallo once again and more likely than not without Al Horford for a rest day. The last game both Diallo and Horford were out, Maledon produced a 40 DK point double-double performance. Maledon gets a sweet matchup against the Spurs, who rank as the worst point guard defense in the NBA and allow the second most DK/FD points per game to the position. Maledon becomes a very strong value play tonight, especially on FanDuel where his price has dipped.